In the summertime, when majority of kids leave the kindergarten and groups of different ages are merged, one might think there is not much to do, not much is going on and the institutions leave their educational functions and become a place to leave the kids while the parents are busy. But this is not true, and this part of the year gives more opportunity for unusual activities, which are useful, for which there is not always time and capacity during the academic year.

As an EVS volunteer at Tallinna Meelespea Lasteaed (kindergarten) in Õismäe, the summer is an ideal time not only for spending more time outside, but also to take initiative and use alternative methods of education. With around twenty kids for different groups (5-6 and 6-7 year old children) of the kindergarten we built up a whole city; with games and discussion kids could learn about cities, communities and democracy. What did we use? Empty paper boxes and creativity.

Before children built up their own city we needed material for the houses, namely paper boxes which we collected from a nearby supermarket, a trip which turned out to be a great adventure for everyone. And as the courtyard was already full of boxes we asked the question: what is in the city? What can people do in the city? We heard many answers from the kids, police, teacher and doctor were very popular answers, at the end we formed seven different groups, with different professions and with different workplaces.

Then the groups got their materials and started to build the houses of their professions. Only an hour later the city of Kuld Sipsimummid was almost ready. The tall church, the well-equipped hospital, the frightening military station and the police office, the cosy kindergarten, the gorgeous president’s house and firemen’s house. However next day the citizens of Kuld Sipsimummid demanded to make the houses even prettier, as one camera cannot provide safety for the military and so on. Later we developed the life of our city, because what is a city without leaders. Therefore we organised democratic elections. This was a very important and interesting experience both for kids and adults. Just like in the adults’ world during the campaign period everything seemed clear, nice and perfect. Kids could nominate themselves to different positions: the president of the city, the king, the queen and the sheriff. (We did not have lawyers in the town, so the legal rights and problem of overlapping competitions of the positions remained unsolvedJ). All candidates had to stand in front of the group and present themselves, and explain why they would be the best in that position. (Unfortunately the gender equality was not solved as there were no female candidates for sheriff and president, even we tried to encourage them, especially because with one candidate for two positions the true democratic principles could not prevail).

As adults know well, the test of democracy is always the elections themselves. So kids tried (probably first time ever, hopefully not last time) secret, equal democratic election procedures. The secrecy of voting was maintained as they all voted in separated voting booths and they all casted the votes into the ballot boxes. Election observers would have mentioned that the teacher had to help sometimes with some forgotten letters, but at the end everyone respected the rules we all agreed on.

The project of the paper box city was not just a way to spend some summer mornings with new games. It was also a way to learn and teach about the communities we live our life and accommodate the inhabitants of a kindergarten to become responsible citizens. 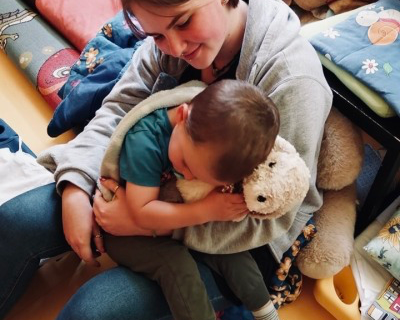 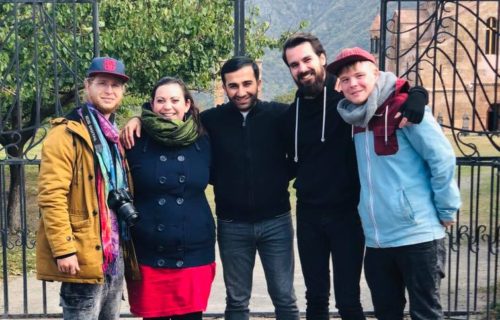 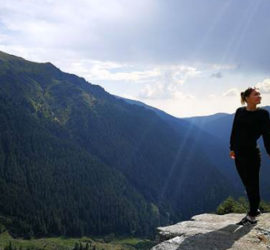